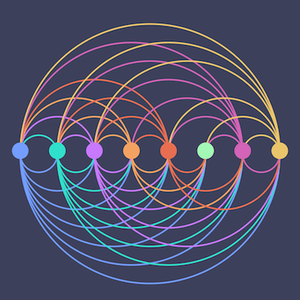 This post is part 2 on building arc diagrams in D3.js, where we will actually build the visualization.

An arc diagram is a type of network graph, where the nodes all lie along one axis, and the links between them are drawn as arcs.

In the first post, we gathered data from NYC Open Data related to ride hailing app trips in NYC in 2019.

The ride hailing apps are Uber, Lyft, Gett/Juno and Via.

An arc diagram can represent relationships or connections between the nodes, and in this visualization the arcs show a connection between pickup and dropoff locations.

You can find the code for this post here.

Side note: arc animation in D3

If you are interested in animating arc diagrams, I have a few examples on Observable that I will list below.

These examples aren't all animating arc diagrams exactly, but they use the same concepts, like .attrTween().

I'm assuming basic knowledge of D3.js and SVG for this, but feel free to read along even if you're new to D3.js!

In this visualization there are nodes for each borough of NYC, as well as each of the three major airports in the area.

From this sample of the data you can see that each row has a pick-up name pu_name, a drop-off name do_name and then a count of the number of rides.

The links are the arcs that will be drawn between pickup and dropoff nodes, and they vary in thickness based on the count of rides from a pickup location to a dropoff location.

Two steps to building an arc diagram in D3.js

The full code is here, and I'm mainly going to go over the important parts in this post.

Create an axis for the nodes

First get the node names from the data - I'm just extracting them from the do_name because all of the nodes are dropoff locations.

There are not as many records of pickups from Newark Airport, so if you only create this visualization with a small amount of data, Newark might not be in there as a pickup location.

Then create the axis.

You can use d3.scalePoint() for discrete values, such as the names of boroughs and airports here, and they will be spaced evenly along the range of the axis.

Here we are just adding circles for each node along the axis, using the list of nodes.

The circles have a background color and opacity set as well.

Then draw the labels over the circles, which are just the borough and airport names.

I removed the words 'Airport' from the airport names to save space, and then added the airplane icons.

I might have a future post on drawing the airplanes - they are just SVG shapes that I placed on the circles.

Draw the arcs between nodes

Now for the fun part, or at least the complicated part.

An arc is a section of an ellipse or circle, so we have to take this into account when defining the path.

The arcs are just SVG paths between two nodes.

A path is defined by the d attribute.

First get the starting and ending x-coordinates for the pickup and dropoff nodes that will be connected by the arc.

Then we draw the path between them, which is an elliptical arc.

Take a look at the visualization and you can probably see how each arc makes up a section of an ellipse.

SVG paths are made up of commands, and each command takes certain parameters.

So the line above is just taking the list of commands and parameters and joining it together into a string.

Starting point of the arc

Then the A command defines the arc with several parameters.

The x and y radii are both (start - end)/2, so the height of the arc is proportional to its width.

There is no rotation, so the x-axis rotation is zero.

The large-arc-flag is set to 0 or 1 and determines whether the arc should be greater or less than 180 degrees, so it determines the direction the arc will travel around the ellipse.

You can read more about arcs and the large-arc-flag in this article, but we don't need to worry about it for this visualization.

The sweep-flag also takes a value of 0 or 1 and determines whether the arc should begin moving at negative or positive angles.

In this visualization, if we set the sweep-flag to 1, the arc directions will be reversed.

Since I set the sweep-flag to zero, you can see that arcs that go from left to right are on the bottom, and arcs from right to left are on top.

The last two values in the path definition are the x and y coordinates for where the arc should end, which are the dropoff node's x-coordinate, and the y-coordinate.

You might have noticed that the arcs have varying levels of thickness, and this depends on the number of rides between the pickup and dropoff nodes.

The arc from Manhattan to Brooklyn is much thicker than the arc from Staten Island to the Bronx, because there weren't many rides between SI and the Bronx.

To set the thickness, we are going to use a D3.js linear scale.

First get the maximum count value in the data.

Then create the scale.

The domain, or input values, is a range from zero to maxCount, and then I set the range, or output values, to a range of 2 to 700.

So the count value for each arc will be scaled to some thickness value between 2 and 700.

In the code above to add the arcs, the stroke-width was set to the scaled value.

If you have questions or comments, feel free to write them below or reach out to me on Twitter @LVNGD or Instagram @lvngd_dataviz. 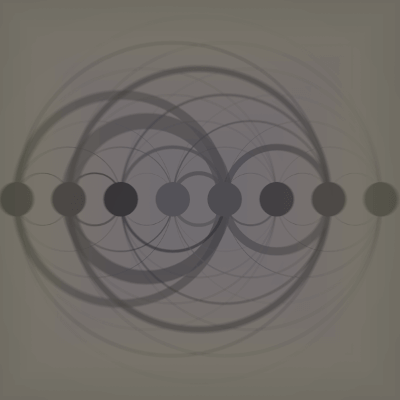 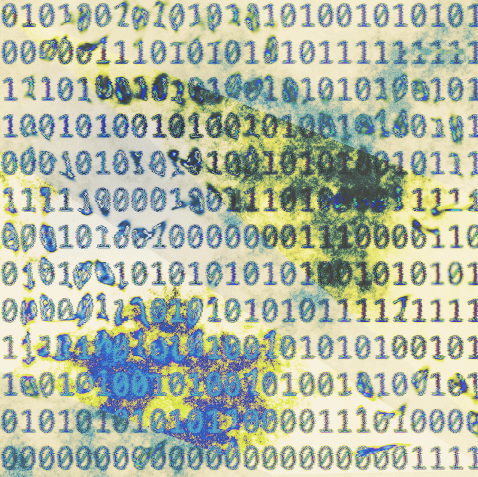